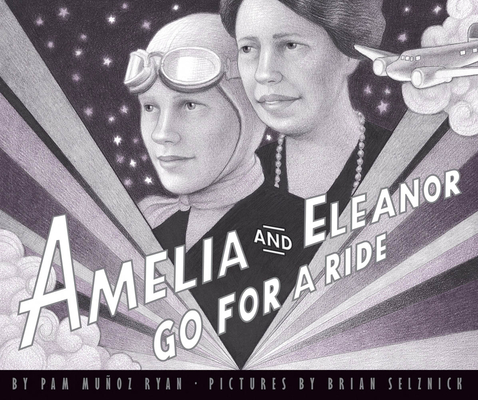 Amelia And Eleanor Go For A Ride (Hardcover)

Amelia Earhart and Eleanor Roosevelt were birds of a feather. Not only were they two of the most admired and respected women of all time, they were also good friends. Illuminated here for the first time in picture book form is the true story of a thrilling night when they made history together!

On a brisk and cloudless evening in April 1933, Amelia and Eleanor did the unprecedented: They stole away from a White House dinner, commandeered an Eastern Air Transport jet, and took off on a glorious adventure--while still dressed in their glamorous evening gowns!

This picture book tour de force celebrates the pioneering spirit of two friends whose passion for life gave them the courage to defy convention in the name of fulfillment, conviction, and fun. Soaring text, inspired by the known facts of this event, and breathtaking drawings ask readers to dream dreams as big as Amelia and Eleanor's.


Praise For Amelia And Eleanor Go For A Ride…

Distinctions and Praise for Amelia and Eleanor Go for a Ride: (partial listing)

"A compelling slice from the lives of two determined, outspoken and passionate women." -- Publishers Weekly