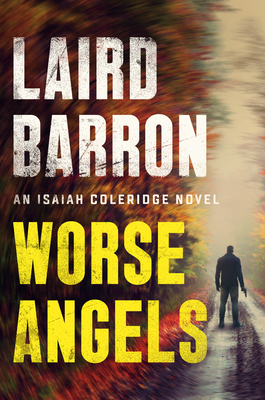 Ex-mob enforcer-turned-private investigator Isaiah Coleridge pits himself against a rich and powerful foe when he digs into a possible murder and a sketchy real-estate deal worth billions.

Ex-majordomo and bodyguard to an industrial tycoon-cum-U.S. senator, Badja Adeyemi is in hiding and shortly on his way to either a jail cell or a grave, depending on who finds him first. In his final days as a free man, he hires Isaiah Coleridge to tie up a loose end: the suspicious death of his nephew four years earlier. At the time police declared it an accident, and Adeyemi isn't sure it wasn't, but one final look may bring his sister peace.

So it is that Coleridge and his investigative partner, Lionel Robard, find themselves in the upper reaches of New York State, in a tiny town that is home to outsized secrets and an unnerving cabal of locals who are protecting them. At the epicenter of it all is the site of a stalled supercollider project, an immense subterranean construction that may have an even deeper, more insidious purpose. . . .

"The writing is as fresh as always...Fast-paced, atmospheric, and dark enough to satisfy fans of Barron’s previous work in horror, Worse Angels is a crime thriller with a heart full of black magic; a meaty novel full of creepy moments in which the threat of violence is constant."--Criminal Element

“Great plot, but the true treasure is Barron's astoundingly wonderful and distinctive prose style. His descriptions and dialogue are sublime and, overall, he's a beautiful, witty writer whose allusions to or forays into philosophy, archaeology, science and history are enough to make the reader smile with delight.”--The Day

Laird Barron was born in Alaska, where he raised huskies and worked in the construction and fishing industries for much of his youth. He is the author of several short-story collections and three novels, and his work has also appeared in many magazines and anthologies. A multiple Locus, World Fantasy, and Bram Stoker Award nominee, he is also a three-time winner of the Shirley Jackson Award. Barron lives in Kingston, New York.
Loading...
or support indie stores by buying on