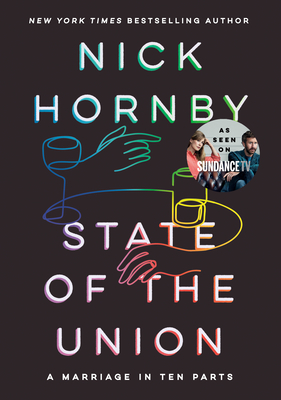 State of the Union

A Marriage in Ten Parts

A heartbreaking, funny, and honest look inside of a marriage falling apart and the lengths a couple would go to in order to fix it from the bestselling author of About a Boy and High Fidelity

Tom and Louise meet in a pub before their couple's therapy appointment. Married for years, they thought they had a stable home life--until a recent incident pushed them to the brink.

Going to therapy seemed like the perfect solution. But over drinks before their appointment, they begin to wonder: what if marriage is like a computer? What if you take it apart to see what's in there, but then you're left with a million pieces?

Unfolding in the minutes before their weekly therapy sessions, the ten-chapter conversation that ensues is witty and moving, forcing them to look at their marriage--and, for the first time in a long time, at each other.

Praise For State of the Union: A Marriage in Ten Parts…

Praise for State of the Union:

"True story: One of our editors read Nick Hornby’s entire novella-esque exploration of marriage while getting a pedicure. Which is to say, it’s quick, sharp, and absorbing, and it fits in a small handbag."--goop

Nick Hornby is the author of several internationally bestselling novels including High Fidelity, About a Boy, and A Long Way Down, as well as several works of nonfiction, including Fever Pitch, Songbook, and Ten Years in the Tub. He has written screenplay adaptions of Lynn Barber’s An Education, which was nominated for an Academy Award, Cheryl Strayed's Wild, and Colm Tóibín’s Brooklyn. He lives in London.
Loading...
or support indie stores by buying on