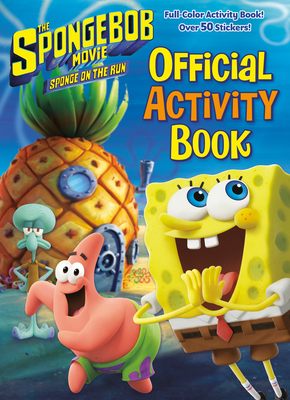 THE SPONGEBOB MOVIE: SPONGE ON THE RUN is coming soon to streaming services and CBS All Access. Part origin story, part rescue mission, and part buddy road trip, the all new feature-length movie follows SpongeBob, Patrick, and the entire Bikini Bottom crew as they embark on a journey that spans from childhood to an adventure to save their friend, Gary the Snail. Boys and girls ages 3-7 will love this full-color activity book that includes over 50 stickers.

Dave Aikins grew up in the suburbs of Detroit, immersed in comic books, action figures, and B-movies. In 1991, Dave was somehow persuaded to move to Ohio, studying at the Columbus College of Art & Design. After graduating in 1995, he spent four years working for a large newspaper and a commercial art studio. Now residing outside of Columbus, Ohio, with his wife, energetic son, and multiple cats and dogs, he is currently running Let’s Draw Studio, the freelance illustration company he founded in 1998.
Loading...
or support indie stores by buying on
(This book is on backorder)