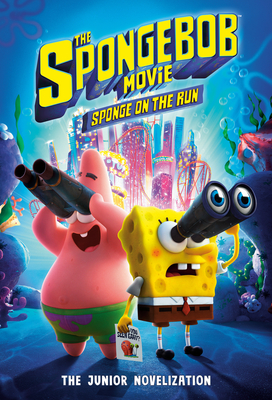 Sponge on the Run: The Junior Novelization (SpongeBob SquarePants)

THE SPONGEBOB MOVIE: SPONGE ON THE RUN is coming soon to streaming services and CBS All Access. Part origin story, part rescue mission, and part buddy road trip, the all new feature-length movie follows SpongeBob, Patrick, and the entire Bikini Bottom crew as they embark on a journey that spans from childhood to an adventure to save their friend, Gary the Snail. Boys and girls will thrill to this novelization that features eight pages of full-color images based on the film.

Established in July 2013 in a merger between Penguin and Random House, Penguin Random House, with nearly 250 independent imprints and brands on five continents, more than 15,000 new titles published each year, and close to 800 million print, audio, and eBooks sold annually, is the world’s leading trade book publisher. Like its predecessor companies, Penguin Random House is committed to publishing adult and children’s fiction and nonfiction print editions and is a pioneer in digital publishing. Its publishing lists include more than 60 Nobel Prize laureates and hundreds of the world’s most widely read authors.
Loading...
or
Not Currently Available for Direct Purchase