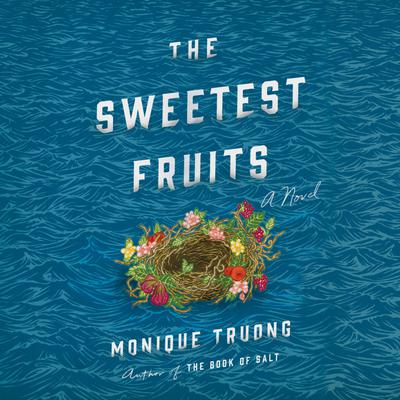 From Monique Truong, winner of the John Dos Passos Prize for Literature, comes “a sublime, many-voiced novel of voyage and reinvention” (Anthony Marra)

The lives of writers can often best be understood through the eyes of those who nurtured them and made their work possible. In The Sweetest Fruits, these three women tell the story of their time with Lafcadio Hearn, a globetrotting writer best known for his books about Meiji-era Japan. In their own unorthodox ways, these women are also intrepid travelers and explorers. Their accounts witness Hearn's remarkable life but also seek to witness their own existence and luminous will to live unbounded by gender, race, and the mores of their time. Each is a gifted storyteller with her own precise reason for sharing her story, and together their voices offer a revealing, often contradictory portrait of Hearn. With brilliant sensitivity and an unstinting eye, Truong illuminates the women's tenacity and their struggles in a novel that circumnavigates the globe in the search for love, family, home, and belonging.
Loading...