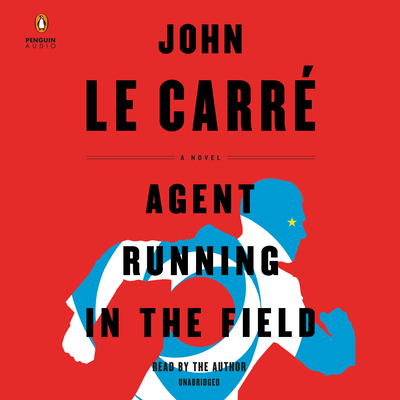 Agent Running in the Field

Nat, a 47 year-old veteran of Britain’s Secret Intelligence Service, believes his years as an agent runner are over. He is back in London with his wife, the long-suffering Prue. But with the growing threat from Moscow Centre, the office has one more job for him. Nat is to take over The Haven, a defunct substation of London General with a rag-tag band of spies. The only bright light on the team is young Florence, who has her eye on Russia Department and a Ukrainian oligarch with a finger in the Russia pie.

Nat is not only a spy, he is a passionate badminton player. His regular Monday evening opponent is half his age: the introspective and solitary Ed. Ed hates Brexit, hates Trump and hates his job at some soulless media agency. And it is Ed, of all unlikely people, who will take Prue, Florence and Nat himself down the path of political anger that will ensnare them all. Agent Running in the Field is a chilling portrait of our time, now heartbreaking, now darkly humorous, told to us with unflagging tension by the greatest chronicler of our age.

Praise For Agent Running in the Field: A Novel…

“So topical it arrives with the beeping urgency of a news alert.”
—The Washington Post

“A word about le Carré's prose: Not only does it hold the coiled energy of a much younger writer, it fits the bitter, angry narrator's voice exceptionally well.”
—NPR.org

“Le Carré is one of the best novelists—of any kind—we have.”
—Vanity Fair

“Le Carré remains a master at showing us what spies do, wily spiders to the unsuspecting flies they entrap.”
—Booklist (starred)

“A tragicomic salute to both the recuperative powers of its has-been hero and the remarkable career of its nonpareil author.”
—Kirkus

“John le Carré is the great master of the spy story. . . . The constant flow of emotion lifts him not only above all modern suspense novelists, but above most novelists now practicing.”
—Financial Times

“One of our great writers of moral ambiguity, a tireless explorer of that darkly contradictory no-man's land.”
—Los Angeles Times

John le Carré was born in 1931. After attending the universities of Bern and Oxford, he taught at Eton and spent five years in the British Foreign Service. The Spy Who Came In from the Cold, his third book, secured him a worldwide reputation. He divides his time between England and the Continent.
Loading...
or
Not Currently Available for Direct Purchase