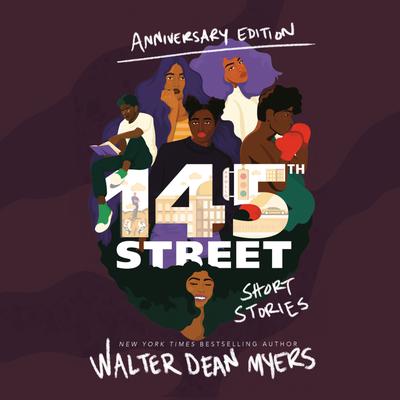 “Myers is a master.” —The New York Times Book Review

On Harlem’s 145th Street, things happen that don’t happen anywhere else in the world.

Get to know Big Joe, who’s throwing his own funeral while he’s here to enjoy it, and everyone’s invited. Meet Kitty and Mack, teens with a love story more real than anything they’ve ever known. Follow Monkeyman, the quietest kid on the block and the last person you’d expect the Tigros gang to target. And don’t miss the block party of the year—the whole neighborhood will be there.


Stories and and touching tributes from authors, artists, and literary legends reflecting on Myer’s legacy are narrated by:

Walter Dean Myers, a prolific author of more than one hundred titles, wrote two Newbery Honor Books, eleven Coretta Scott King Award winners, three National Book Award finalists, and the winner of the first Michael L. Printz Award for Excellence in Young Adult Literature. He also received the Margaret A. Edwards Award for lifetime achievement in writing for young adults and was the first recipient of the Coretta Scott King-Virginia Hamilton Award for Lifetime Achievement. He was a 2010 United States nominee for the Hans Christian Andersen Award and was nominated for the Astrid Lindgren Award numerous times. From 2012 to 2013, he served as the National Ambassador for Young People's Literature with the platform "Reading is not optional."