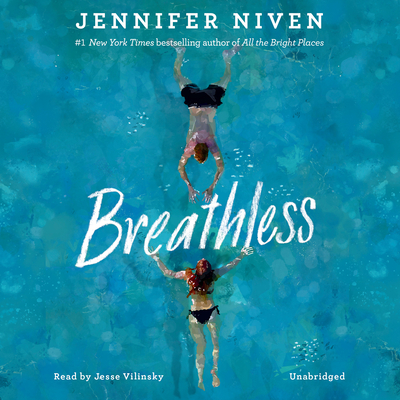 "A coming-of-age story that will make your heart ache." —PopSugar

"Niven describes this as her most personal novel.... [She] intimately and sensually depicts Claude’s determination to know herself and her body, and to genuinely connect not just with Miah but with herself.” —Publishers Weekly

"Breathless is a frank and tender novel of self-discovery that fans of Sarah Dessen’s transformational summer romances and John Green’s stories of poignant self-discovery and difficult growth will enjoy.” —Bookpage

Jennifer Niven is the #1 New York Times and internationally bestselling author of All the Bright Places and Holding Up the Universe. Her books have been translated into over seventy-five languages, and have won literary awards around the world. When she isn't working on multiple book and TV projects--including the script for the film All The Bright Places (Netflix)--Jennifer also oversees Germ, a literary web magazine for high school age and beyond. Jennifer divides her time between coastal Georgia and Los Angeles. Find her at jenniferniven.com and on social.
Loading...
or support indie stores by buying on