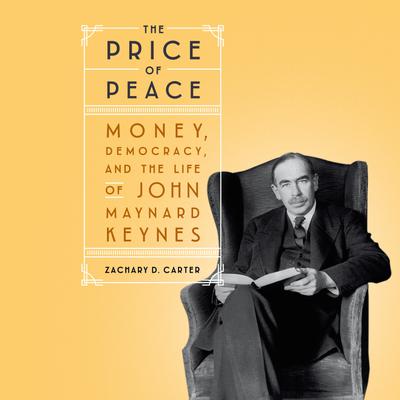 The Price of Peace (Digital Audiobook)


At the dawn of World War I, a young academic named John Maynard Keynes hastily folded his long legs into the sidecar of his brother-in-law’s motorcycle for an odd, frantic journey that would change the course of history. Swept away from his placid home at Cambridge University by the currents of the conflict, Keynes found himself thrust into the halls of European treasuries to arrange emergency loans and packed off to America to negotiate the terms of economic combat. The terror and anxiety unleashed by the war would transform him from a comfortable obscurity into the most influential and controversial intellectual of his day—a man whose ideas still retain the power to shock in our own time.

LONGLISTED FOR THE CUNDILL HISTORY PRIZE

ZACH CARTER is a Senior Reporter at HuffPost. His story, "Swiped: Banks, Merchants and Why Washington Doesn't Work for You," written with Ryan Grim, was included in the Columbia Journalism Review's compilation Best Business Writing 2012. He previously worked as AlterNet's Economics Editor, blogged about economic policy at Campaign For America's Future, and served on the steering committee at Americans for Financial Reform.