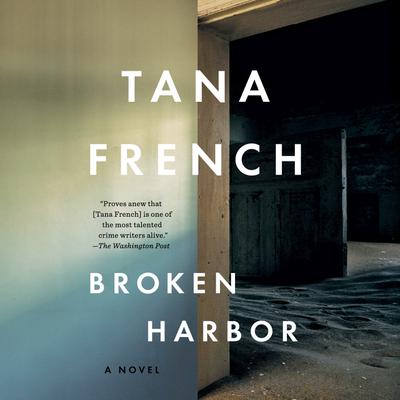 “I keep wondering how long Tana French will be able to keep up the quality of her mesmerizing Dublin detective series, but they just keep getting better! In Broken Harbor, Mick 'Scorcher' Kennedy, the hardline murder detective who made his first appearance in Faithful Place, takes the starring role. A father and his two children are murdered and their mother is in the hospital, gravely injured. What happened in their almost abandoned luxury housing development? Ghosts of both the present and the past haunt the investigation in this atmospheric procedural.”
— Susan Taylor, Book House of Stuyvesant Plaza, Albany, NY
View the List

From Tana French, author of the forthcoming novel The Searcher, a New York Times bestselling novel that “proves anew that [Tana French] is one of the most talented crime writers alive” (The Washington Post).

“Required reading for anyone who appreciates tough, unflinching intelligence and ingenious plotting.” —The New York Times

Mick “Scorcherˮ Kennedy is the star of the Dublin Murder Squad. He plays by the books and plays hard, and thatʼs how the biggest case of the year ends up in his hands.

On one of the half-abandoned “luxuryˮ developments that litter Ireland, Patrick Spain and his two young children have been murdered. His wife, Jenny, is in intensive care. At first, Scorcher thinks itʼs going to be an easy solve, but too many small things canʼt be explained: the half-dozen baby monitors pointed at holes smashed in the Spainsʼ walls, the files erased from the familyʼs computer, the story Jenny told her sister about a shadowy intruder slipping past the houseʼs locks. And this neighborhood—once called Broken Harbor—holds memories for Scorcher and his troubled sister, Dina: childhood memories that Scorcher thought he had tightly under control.

Tana French is also the author of In the Woods, The Likeness, Faithful Place, Broken Harbor, The Secret Place, and The Trespasser. Her books have won awards including the Edgar, Anthony, Macavity, and Barry awards, the Los Angeles Times Award for Best Mystery/Thriller, and the Irish Book Award for Crime Fiction. She lives in Dublin with her family.