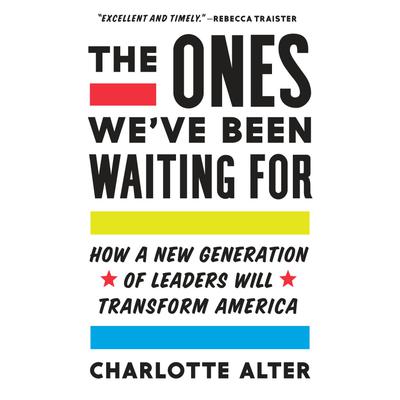 The Ones We've Been Waiting For (Digital Audiobook)

CHARLOTTE ALTER is a national correspondent for TIME, and has done 3 cover stories for the magazine in the last year alone (while working on this book). Her work has also appeared in the New York Times, Wall Street Journal, and Harvard Crimson and has appeared on Good Morning America, Morning Joe, The Last Word, and CNN's Reliable Sources. She co-hosts a Sirius XM radio show on Radio Andy called Alter Family Politics with her father (author Jonathan Alter) her mother (Emily Lazar, a producer for CBS Sunday Morning) her brother Tommy Alter (a producer for Bill Simmons) and sister Molly Alter, (a venture capitalist). Previously she worked for Jenni Konner on GIRLS.