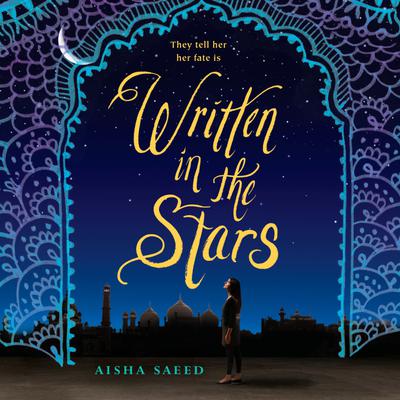 Written in the Stars (Digital Audiobook)

"A wonderfully complex love story unlike any you’ve read before. Saeed has given a novel that is both entertaining and important.”—Matt de la Peña, New York Times bestselling author

This heart-wrenching novel explores what it is like to be thrust into an unwanted marriage. Has Naila’s fate been written in the stars? Or can she still make her own destiny?

Aisha Saeed also wrote Amal Unbound, and is a Pakistani-American writer, teacher, and attorney. She has been featured on MTV, the Huffington Post, NBC and the BBC, and her writings have appeared in publications including the journal ALAN and the Orlando Sentinel. As one of the founding members of the much talked about We Need Diverse Books Campaign, she is helping change the conversation about diverse books. Aisha lives in Atlanta, Georgia, with her husband and sons.