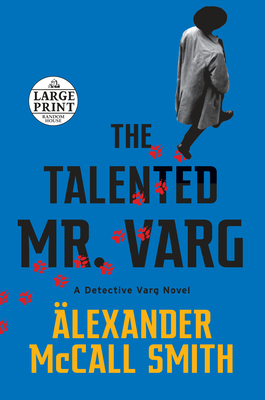 In the second installment in the best-selling Detective Varg series, Ulf and his team investigate a notorious philanderer—a wolf of a man whose bad reputation may be all bark and no bite.

The Department of Sensitive Crimes, renowned for taking on the most obscure and irrelevant cases is always prepared to dive into an investigation, no matter how complex. So when the girlfriend of an infamous author who insists her bad-boy beau is being blackmailed approaches Ulf Varg, the department’s lead detective, Ulf is determined to help. It’s rather difficult to determine what skeletons hide in the hard-living lothario’s closet, though. And while Swedes are notoriously tolerant . . . well, there are limits. Even for the Swedish.

The case requires Ulf’s total concentration, but he finds himself distracted by his ongoing attraction to his co-worker, Anna, whose own fears about her husband’s fidelity are causing a strain on her marriage. When Ulf is also tasked with looking into a group of dealers exporting wolves that seem more canis familiaris than canis lupus, it will require all of his team’s investigative instincts and dogged persistence to put these matters to bed.

ALEXANDER McCALL SMITH is the author of the No. 1 Ladies' Detective Agency novels and of a number of other series and stand-alone books. His works have been translated into more than forty languages and have been best sellers throughout the world. He lives in Scotland.

"Cheerful or melancholy, irritated or resigned, Detective Varg gives the reader more dry wit, inspired whimsy and comic pleasure than any other Swedish investigator in the business."
—Tom Nolan, The Wall Street Journal

"McCall Smith’s deceptively sharp wit is ever-present. . . . There is much to enjoy in this book."
—The Scotsman (UK)

"McCall Smith’s great gift is making you shelve your genre-honed expectations and accept his people and stories as they are."
—Kirkus Reviews
or support indie stores by buying on
Copyright © 2020 American Booksellers Association