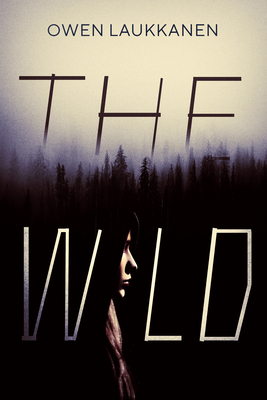 A girl is sent against her will to a remote wilderness boot camp where things aren't what they seem in this riveting and twisty paperback thriller.

FROM THIS MOMENT ON, YOU'RE A BEAR CUB. YOU'LL LEARN RESPONSIBILITY AND RESPECT. HOW TO SURVIVE. IT'S EASIER IF YOU JUST ACCEPT IT.

Dawn isn't a bad person--she's just made some bad choices: wrong guy, wrong friends, wrong everything. But she wasn't expecting her parents to pay a boatload of money to ship her off to OUT OF THE WILD, a wilderness boot camp with a bunch of other messed up kids to learn important "life lessons." It's true that Dawn and the other cubs will learn a lot--but it's not what any of them expect. Because what happens in the woods isn't what their parents planned. Sometimes plans go very wrong. And this is one of those times. Suddenly Dawn is more scared than she's ever been in her life. And you will be too.

Underlined is a line of totally addictive romance, thriller, and horror paperback original titles coming to you fast and furious each month. Enjoy everything you want to read the way you want to read it.

Owen Laukkanen is the author of the Stevens and Windermere series, beginning with The Professionals, which was nominated for the Anthony Award, Barry Award, Spinetingler Magazine Best Novel: New Voices Award, and the International Thriller Writers’ Thriller Award for best first novel. His follow-up, Criminal Enterprise, was nominated for the ITW Thriller Award for best novel. A resident of Vancouver, British Columbia, he is now at work on the next book featuring Stevens and Windermere.
Loading...
or support indie stores by buying on