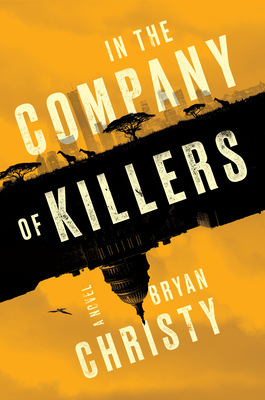 In the Company of Killers

"Immensely talented… Christy’s muscular, vivid writing and John le Carré-esque talent for thrusting us deep into unfamiliar territory ensure that what could lapse into cliché instead sounds fresh and exciting… Klay is a great, flawed hero, in the vein of the classic hard-drinking, hard-living, hard-loving loner.”--New York Times Book Review


In this intricate and propulsive thriller--from National Geographic's founder of Special Investigations--Tom Klay an investigative reporter leading a double life as a CIA spy, discovers that he has been weaponized in a global game of espionage pitting him against one of the world's most ruthless men.

Tom Klay is a celebrated investigative wildlife reporter for the esteemed magazine The Sovereign. But Klay is not just a journalist. His reporting is cover for an even more dangerous job: CIA agent. Klay's press credentials make him a perfect spy--able to travel the globe, engage both politicians and warlords, and openly record what he sees. When he needs help, the Agency provides it to him, and asks little in return. But while on assignment in Kenya, Klay is attacked and his closest friend is murdered. Soon Klay's carefully constructed double life unravels as his ambition turns to revenge.

The CIA has an answer. Klay is offered a devil's bargain to capture the man who killed his friend by infiltrating the offices of the woman he once loved, South Africa's special prosecutor, Hungry Khoza. But Klay soon discovers that he and Hungry are part of a larger, more lethal game--one that involves a ruthless mercenary and a global superpower. The deeper he digs, the more Klay realizes that everything he thought he knew about his work may have been a lie, and his sworn enemy may be his only ally. In this riveting, timely thriller, the lines between good and evil blur, and absolutely nothing is as it seems.

Praise For In the Company of Killers…

“Christy makes his fiction debut with an exceptional adventure thriller… A riveting plot, complex characters, deep backstory, and an engrossing setting enhance this finely written novel about justice, personal responsibility, and saving the environment. Readers will come away eager for whatever Christy, the head of Special Investigations at National Geographic, turns his hand to next.”--Publishers Weekly (starred review)

“Fans of both espionage and global crime thrillers will find a gem here: Klay is an introspective, flawed survivor who bends operative stereotypes, and the intersection of corporate greed, media, technology, and crime is chillingly current.”--Booklist (starred review)

“It is uncommon for a first novel to earn a starred review in the hallowed halls of this column, but Bryan Christy’s In the Company of Kill­ers ticks all the right boxes…You will not want to put it down.” —BookPage (starred review)

“In the Company of Killers is a special kind of thriller:  crisp, fast, wise, intelligent, world-weary, violent, and propulsive.  Bryan Christy provides an indispensable inside-view to a world we only thought we knew.”—C.J. Box, #1 New York Times Bestselling Author of Long Range and Dark Sky

"I loved Bryan Christy’s In the Company of Killers, an exotic, riveting thriller unlike any other. In his fiction debut, Christy, himself a champion of endangered animals and an expert in wildlife trafficking around the world, uses every detail from his stellar career to inform the story of protagonist Tom Klay, a flinty, fascinating investigative journalist with a secret identity. When Klay’s best friend is murdered, he travels the globe to hunt down the killer, jeopardizing himself by revealing his double life and pitting himself against a ruthless and lethal adversary more powerful than he ever imagined. In the Company of Killers depicts locales like Kenya, Manila, and South Africa with authenticity and realism, and at the same time, brings to life the world of espionage, with neither borders nor laws.”--Lisa Scottoline, #1 bestselling author of Eternal

“An intricate and propulsively exciting thriller that is full of surprises”.--Booktrib

“An inside look at a high-stakes world that will appeal to fans of classic international intrigue as well as those craving a more modern take on the geopolitical thriller. An adventure story for the thinking man.”—Alma Katsu, former CIA analyst and author of Red Widow

Bryan Christy is the founder and former head of Special Investigations at National Geographic and a National Geographic Society “Rolex Explorer of the Year.” His real-life criminal investigations have been the subject of award-winning documentaries and have led to police raids on Vatican City, the arrest and imprisonment of the “Pablo Escobar of wildlife trafficking,” and the closing of China’s ivory market, saving tens of thousands of elephants. He lives on Maryland's Eastern Shore with his wife and their three dogs.
Loading...
or support indie stores by buying on