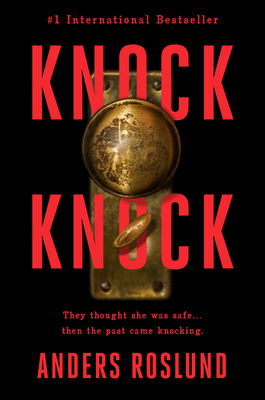 “If you thrill to the chills of Scandinavian noir, chances are you've read something by Anders Roslund...Roslund has two strong prose styles – dark and darker – and both are on show in this no-frills translation by Elizabeth Clark.”--New York Times Book Review

“[H]eart-pounding...This terrific mash-up of police procedural and crime thriller has strongly imagined characters, explosive action, and a twisty plot with an unexpected conclusion. It’s a must for Scandinavian noir fans.”--Publishers Weekly (starred review)

"Grens is an immensely compelling character whose sharp intuition and dedication to justice are reminiscent of Harry Bosch. This tense, sophisticated procedural can stand alone, but readers will find themselves drawn to Grens’ seven earlier investigations."--Booklist (starred review)

“[A] heart-pounding thriller...Roslund's serpentine plot and visceral character development brings each cliffhanging chapter to a staggering revelation on how tasty a dish of cold, karmic revenge can be. From the first Knock Knock on the door of a murder scene to discovering the killers behind it, this novel is a breathless, suspenseful read.” —Shelf Awareness

“Roslund cleverly interlaces two disparate storylines, and readers will marvel at just how much action can take place in a period spanning only three days. Knock Knock has handily reaffirmed all my Scandi-noir gushing.”—BookPage

Anders Roslund has published ten novels as part of the successful writing duos Roslund & Hellström and Roslund & Thunberg. His books have been published in thirty languages and he is the recipient of numerous prestigious international awards. Knock Knock is his first solo novel.
Loading...
or support indie stores by buying on