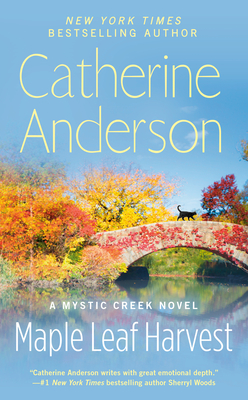 Lane Driscoll has been having nightmares where she’s chased by a strange man. When she has a threatening run-in with someone who looks just like the man from her dreams, she decides to leave her hometown until she figures out what’s going on. Lane seeks refuge in beautiful Mystic Creek, where she gets a job working at the local perfume shop. Soon after she arrives, a handsome customer seems to think he recognizes Lane, but calls her by the wrong name.

When Jonas Sterling, a local psychologist, encounters his ex-girlfriend, Veneta, in town, he can't believe his eyes. He hasn't seen her for years. Jonas is even more baffled when it turns out the woman is a total stranger to him. There's no way two people could look so similar without being related. Jonas discovers Lane was adopted at the age of three and is now twenty-six years old—the same as the woman he dated.

After initial shock at the idea she could have a twin, something clicks inside Lane—and now she needs to locate her missing sister. A romance blossoms as Jonas agrees to help her. But when the man from Lane's nightmares shows up in her dreams again, Jonas and Lane realize Veneta may be in grave danger, and their search for Lane's sister turns into a heart-pounding race.

"Catherine Anderson doesn't shy away from characters who face life's toughest challenges—but she also gifts readers with a romantic tale that celebrates the hope and resilience of the human spirit."—Susan Wiggs, #1 New York Times bestselling author

"The incredibly talented Anderson has created another tale with multidimensional characters so real they seem to pop off the pages...Anderson leaves the reader wishing the story would never end."—Booklist (starred review)

Catherine Anderson is the author of more than thirty New York Times bestselling and award-winning historical and contemporary romances, including Spring Forward, Strawberry Hill, and Huckleberry Lake.
Loading...
or support indie stores by buying on