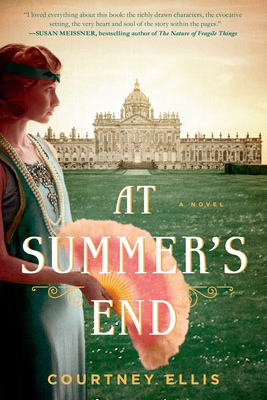 When an ambitious female artist accepts an unexpected commission at a powerful earl's country estate in 1920s England, she finds his war-torn family crumbling under the weight of long-kept secrets. From debut author Courtney Ellis comes a captivating novel about finding the courage to heal after the ravages of war. Alberta Preston accepts the commission of a lifetime when she receives an invitation from the Earl of Wakeford to spend a summer painting at His Lordship's country home, Castle Braemore. Bertie imagines her residence at the prodigious estate will finally enable her to embark on a professional career and prove her worth as an artist, regardless of her gender. Upon her arrival, however, Bertie finds the opulent Braemore and its inhabitants diminished by the Great War. The earl has been living in isolation since returning from the trenches, locked away in his rooms and hiding battle scars behind a prosthetic mask. While his younger siblings eagerly welcome Bertie into their world, she soon sees chips in that world's gilded facade. As she and the earl develop an unexpected bond, Bertie becomes deeply entangled in the pain and secrets she discovers hidden within Castle Braemore and the hearts of its residents. Threaded with hope, love, and loss, At Summer's End delivers a portrait of a noble family--and a world--changed forever by the war to end all wars.

Courtney Ellis began writing at a young age, and developed an interest in history from her grandfather's stories of World War II. After obtaining her BA in English and Creative Writing, she went on to pursue a career in publishing. She lives in New York.
Loading...
or support indie stores by buying on