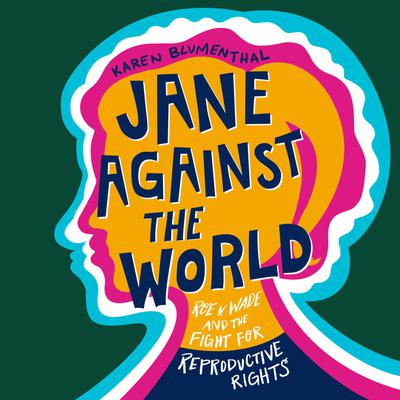 Jane Against the World (Digital Audiobook)

From award-winning author Karen Blumenthal, comes a deep and passionate look at the riveting history of the fight for reproductive rights in the United States.

Karen Blumenthal is an award-winning children's nonfiction writer and a long-time journalist. Her book Bootleg: Murder, Moonshine, and the Lawless Years of Prohibition received four starred reviews and was a finalist for the YALSA Excellence in Nonfiction for Young Adults Award. Later, Six Days in October: The Stock Market Crash of 1929, was named a Sibert Honor Book, and Let Me Play: The Story of Title IX, won a Jane Addams Children's Book Award. Karen's recent book, Tommy: The Gun That Changed America, explores the history and controversy of the famous and deadly Tommy gun. She lives in Dallas, Texas.