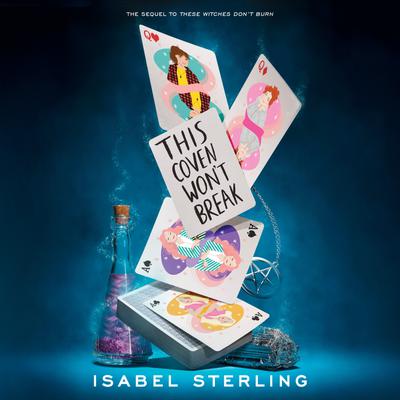 It’s her senior year, so she should be focusing on classes, hanging out with her best friend, and flirting with her new girlfriend, Morgan. But it turns out surviving a murderous Witch Hunter doesn’t exactly qualify as a summer vacation, and now the rest of the Hunters seem more intent on destroying her magic than ever.

Of course, Hannah knows a thing or two about juggling romance and recon missions, so when she learns the Hunters have armed themselves with a serum capable of taking out entire covens at once, she doesn’t think twice about helping. With Witches across the country losing the most important thing they have—their power—Hannah could be their best shot at finally defeating the Hunters. After all, she’s one of the only Witches to escape a Hunter with her magic intact.

Or so everyone believes. Because as good as she is at faking it, doing even the smallest bit of magic leaves her in agony. The only person who can bring her comfort, who can make her power flourish, is Morgan. But Morgan’s magic is on the line, too, and if Hannah can’t figure out how to save her—and the rest of the Witches—she’ll lose everything she’s ever known. As the Hunters get dangerously close to their final target, will all the witches in Salem be enough to stop an enemy determined to destroy magic for good?

Isabel Sterling is an LGBTQ educator and advocate by day and a YA author by night. When she's not writing about magic and murder, Isabel can be found lost in a good book, marathoning her favorite shows, or relaxing by the lake. She lives in Central New York with her wife and their brood of furry children: cats Oliver and December and a beagle-mix named Lily.