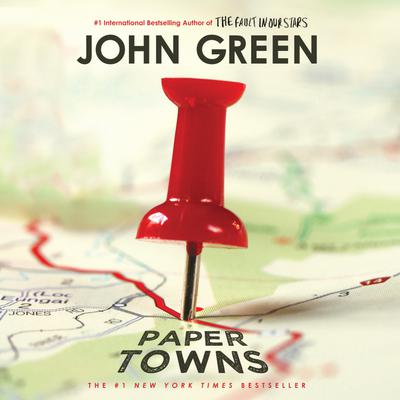 “Quentin has loved Margo since they were both nine years old. Now it's the spring of their senior year, and after a night of pranks Margo disappears, leaving a solitary clue for Quentin. Both poignant and hysterical, this book is a delightful celebration of smart guys.”
— Cathy Berner, Blue Willow Bookshop, Houston, TX
View the List

Winner of the Edgar Award for Best Young Adult Mystery
#1 New York Times Bestseller
USA Today Bestseller
Publishers Weekly Bestseller
Now a major motion picture  When Margo Roth Spiegelman beckons Quentin Jacobsen in the middle of the night—dressed like a ninja and plotting an ingenious campaign of revenge—he follows her. Margo’s always planned extravagantly, and, until now, she’s always planned solo. After a lifetime of loving Margo from afar, things are finally looking up for Q . . . until day breaks and she has vanished. Always an enigma, Margo has now become a mystery. But there are clues. And they’re for Q.

Printz Medalist John Green returns with the trademark brilliant wit and heart-stopping emotional honesty that have inspired a new generation of readers.