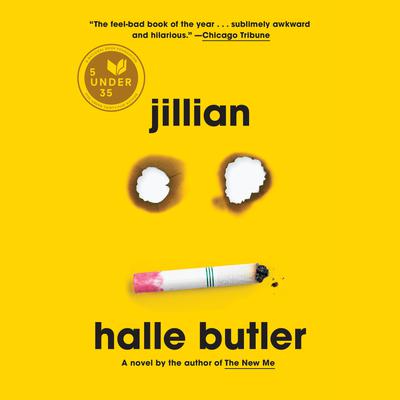 The "sublimely awkward and hilarious" (Chicago Tribune), National Book Award "5 Under 35"-garnering first novel from the acclaimed author of The New Me--now in a new edition

Twenty-four-year-old Megan may have her whole life ahead of her, but it already feels like a dead end, thanks to her dreadful job as a gastroenterologist's receptionist and her heart-clogging resentment of the success and happiness of everyone around her. But no one stokes Megan's bitterness quite like her coworker, Jillian, a grotesquely optimistic, thirty-five-year-old single mother whose chirpy positivity obscures her mounting struggles.

Megan and Jillian's lives become increasingly precarious as their faulty coping mechanisms--denial, self-help books, alcohol, religion, prescription painkillers, obsessive criticism, alienated boyfriends, and, in Jillian's case, the misguided purchase of a dog--send them spiraling toward their downfalls. Wickedly authentic and brutally funny, Jillian is a subversive portrait of two women trapped in cycles of self-delusion and self-destruction, each more like the other than they would care to admit.

HALLE BUTLER is the author of Jillian and The New Me. She has been named a National Book Award Foundation "5 Under 35" honoree and a Granta Best Young American Novelist.