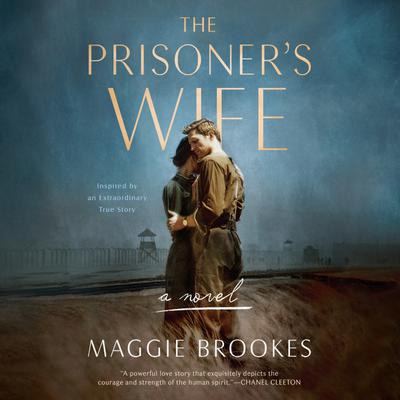 Inspired by the true story of a daring deception that plunges a courageous young woman deep into the horrors of a Nazi POW camp to be with the man she loves.

In the dead of night, a Czech farm girl and a British soldier travel through the countryside. Izabela and prisoner of war Bill have secretly married and are on the run, with Izzy dressed as a man. The young husband and wife evade capture for as long as possible—until they are cornered by Nazi soldiers with tracking dogs.

Izzy's disguise works. The couple are assumed to be escaped British soldiers and transported to a POW camp. However, their ordeal has just begun, as they face appalling living conditions and the constant fear of Izzy's exposure. But in the midst of danger and deprivation comes hope, for the young couple are befriended by a small group of fellow prisoners. These men become their new family, willing to jeopardize their lives to save Izzy from being discovered and shot.

The Prisoner's Wife tells of an incredible risk, and of how our deepest bonds are tested in desperate times. Bill and Izzy's story is one of love and survival against the darkest odds.

MAGGIE BROOKES is a British ex-journalist and BBC television producer turned poet and novelist. She is an advisory fellow for the Royal Literary Fund and also an Associate Professor at Middlesex University, London, England, where she has taught creative writing since 1990. She lives in London and Whitstable, Kent and is married, with two grown-up daughters. She has published five poetry collections in the UK under her married name of Maggie Butt.