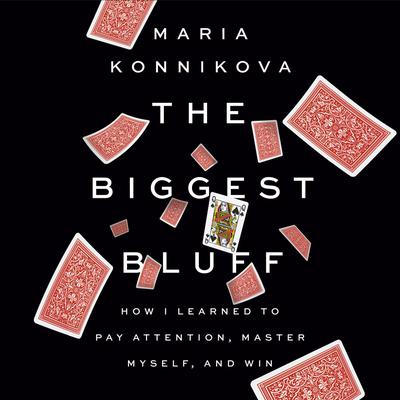 Maria Konnikova is the author of Mastermind and The Confidence Game. She is a regular contributing writer for The New Yorker, and has written for the Atlantic, the New York Times, Slate, the New Republic, the Paris Review, the Wall Street Journal, Salon, the Boston Globe, the Scientific American, WIRED, and Smithsonian, among many other publications. Her writing has won numerous awards, including the 2019 Excellence in Science Journalism Award from the Society of Personality and Social Psychology. While researching The Biggest Bluff, Maria became an international poker champion and the winner of nearly $300,000 in tournament earnings. Maria also hosts the podcast The Grift from Panoply Media and is currently a visiting fellow at NYU's School of Journalism. Her podcasting work earned her a National Magazine Award nomination in 2019. Maria graduated from Harvard University and received her Ph.D. in Psychology from Columbia University.