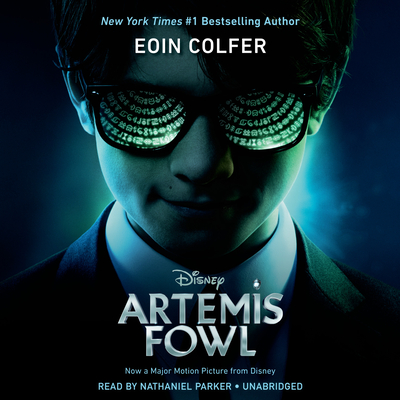 Now a major motion picture from the Walt Disney Studios, coming in May 2020! Here is the book that started it all, the international bestseller about a teenage criminal mastermind and his siege against dangerous, tech-savvy fairies.

Twelve-year-old criminal mastermind Artemis Fowl has discovered a world below ground of armed and dangerous-and extremely high-tech-fairies. He kidnaps one of them, Holly Short, and holds her for ransom in an effort to restore his family's fortune. But he may have underestimated the fairies' powers. Is he about to trigger a cross-species war?

Eoin Colfer (pronounced Owen) is a former elementary school teacher whose Artemis Fowl series has become an international bestseller. He is also the author of The Wish List and the New York Times bestseller The Supernaturalist. He lives in Ireland with his wife and two children. Visit him online at eoincolfer.com.

NATHANIEL PARKER has appeared in several films, including Swimming with Men, The Chronicles of Narnia: The Voyage of the Dawn Treader, and The Bodyguard. On television he has starred in Vanity Fair, Far from the Madding Crowd, and McCallum. His theater credits include Wolf Hall & Bring Up the Bodies, This House, and Speed the Plow, among others. Parker has also narrated many audiobooks, such as the Artemis Fowl series.
Loading...
or
Not Currently Available for Direct Purchase