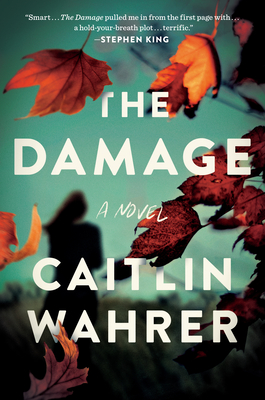 “A rollercoaster of terror, marked by whip-fast twists and turns.”—The New York Times

“Pulled me in from the first page... Put this one high on your summer list.”—Stephen King

When a small-town family is pushed to the brink, how far will they go to protect one of their own? An edgy, propulsive read about what we will do in the name of love and blood


Tony has always looked out for his younger brother, Nick. So when he's called to a hospital bed where Nick is lying battered and bruised after a violent sexual assault, his protective instincts flare, and a white-hot rage begins to build.

As a small-town New England lawyer, Tony's wife, Julia, has cases involving kids all the time. When Detective Rice gets assigned to this one, Julia feels they're in good hands. Especially because she senses that Rice, too, understands how things can quickly get complicated. Very complicated.

After all, one moment Nick was having a drink with a handsome stranger; the next, he was at the center of an investigation threatening to tear not only him, but his entire family, apart. And now his attacker, out on bail, is disputing Nick's version of what happened.

As Julia tries to help her brother-in-law, she sees Tony's desire for revenge, to fix things for Nick, getting out of control. Tony is starting to scare her. And before long, she finds herself asking: does she really know what her husband is capable of? Or of what she herself is?

Exploring elements of doubt, tragedy, suspense, and justice, The Damage is an all-consuming read that marks the explosive debut of an extraordinary new writer.

Praise For The Damage: A Novel…

Praise for The Damage:

“A startling twist makes this taut debut a must-read.”
—People

“This is a raw, sharp crime drama that puts a family at the center of seeking justice.”
—BuzzFeed

“A magnificent debut to rival the very best of Dennis Lehane, The Damage scores knockout thriller punches chapter after chapter. It's dense and exciting, as though Michael Connelly and Tana French had joined forces. A spectacularly plotted and powerful family drama.”
—A.J. Finn, #1 New York Times bestselling author of The Woman in the Window

“A complex, suspenseful story about the shocking and unexpected consequences of a sexual assault… a brilliant debut. One of the best books you’ll read this year.”
—Shari Lapena, New York Times bestselling author of The Couple Next Door

“The Damage pulled me in from the first page with smart narration, characters I cared about, a hold-your-breath plot, and a terrific final twist. Put this one high on your summer list.”
—Stephen King

“Wahrer weaves a brilliantly layered story of a horrific crime and how it forces each member of a loving family to confront the harrowing question of what kind of person they truly are.... Breathtakingly real…compelling.”
—Jeffery Deaver, New York Times bestselling author of The Final Twist

“Smart, suspenseful and timely, this accomplished debut takes us on a journey through the investigation, the legal process and the emotional fall-out from one ugly night in a small town in New England.”
—Gilly Macmillan, New York Times bestselling author of To Tell You The Truth

“A blisteringly smart and evocative novel, with a compelling premise, richly developed characters, and enough suspense to keep you up all night. A powerful debut."
—Bruce Holsinger, bestselling author of The Gifted School

“A brilliantly-observed novel. . . a damning and humane exploration of family, brotherhood and upbringing. To say I loved it is a wild understatement.”
—Gillian McAllister, bestselling author of The Choice

“Delightfully unpredictable, The Damage is a relatable tale about the desire to protect your family. I ripped through it one sitting.”
—Brian Moylan, author of The Housewives: The Real Story Behind the Real Housewives

“A smartly written, deft thriller. . . Wahrer has written a compelling and thought-provoking book, which is also hard to put down.”
—Araminta Hall, author of Imperfect Women

“The Damage is the very best kind of thriller, exploring how numerous lives are blown apart by a single crime. With a cast of characters whose nuanced back-stories are brilliantly-drawn but never laboured, this is a magnificent novel which plays out like the most addictive of TV series. The storytelling is masterful and I was hooked from page one until that exquisitely satisfying final chapter.”
—Charlotte Philby, author of Part of the Family

“Throughout, the author deftly employs alternating points of view to expose the psychological and emotional consequences of violence while sustaining a chilling atmosphere of suspense. . . A deeply humane and affecting psychological thriller by a debut author.”
—Kirkus Reviews

“With twists worthy of a season finale of Law & Order: SVU. . . This study of a family in crisis is empathetic and never gratuitous. . .  The Damage carefully and expertly captures the collective trauma of a close-knit family when one of its members is victimized, and the lengths to which they’ll go to find justice and healing.”
—BookPage

Born to two hippies in a small town in Maine, Caitlin Wahrer left the state for college but returned to attend law school and practice law, where she worked on cases involving some of the broad issues she writes about in The Damage. She lives in southern Maine with her husband. The Damage is her debut novel.
Loading...
or support indie stores by buying on