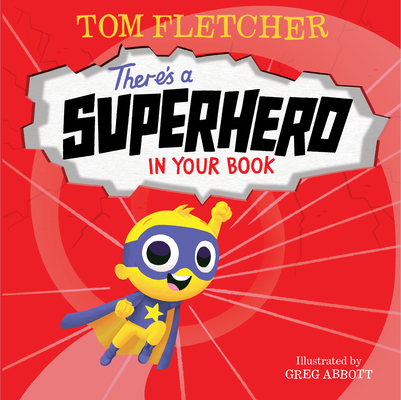 There's a Superhero in Your Book (Who's In Your Book?)

Whoosh! A SUPERHERO has landed in YOUR book! Get ready for another lively, interactive read-aloud in the Who's In Your Book series!

Use the power of your imagination to unlock this adorable Superhero's powers. But you'd better act fast before The Scribbler ruins your book completely! Readers will enjoy interactively tapping, stretching, and whizzing this book around as they help Superhero defeat the villain and save the day--while discovering the real power of kindness.

Bestselling author and musician Tom Fletcher and illustrator Greg Abbott have once again created a creature that readers will fall in love with--and want to play with--again and again!

Praise For There's a Superhero in Your Book (Who's In Your Book?)…

"Fans of Fletcher and Abbott’s There’s a Dragon in Your Book and similar titles will love having a new character to follow. The story moves quickly and allows readers to “help” Superhero with different actions, such as tapping spots on the book and stretching. VERDICT A great read-aloud picture book that will boost story hours as listeners help save the day." —School Library Journal