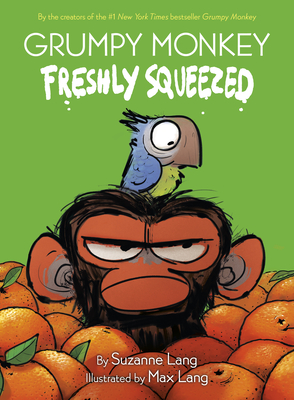 This early graphic novel chapter book based on the #1 New York Times bestselling Grumpy Monkey is perfect for children who love the original picture books and are ready for the next step. Features hilarious dialogue, multiple panels per page, and a longer storyline to keep kids laughing all the way to the end!

It's Wednesday! Which means it's time for Jim Panzee's weekly Wednesday walk. He wakes up, stretches a little, grabs his stress orange, and sets off. Jim's favorite part of the walk is the blissful silence. When he's alone, he can hear all the jungle sounds. Until . . . his best buddy, Norman, decides to join him. And before he knows it, Jim is followed by every animal in the jungle. It's all just too much. Now Jim and his not-so-helpful friends are on a quest across the jungle to find another stress orange before it is too late!

A warm and funny chapter book graphic novel about how to handle all of life's ups and downs from the creators of the #1 New York Times bestselling Grumpy Monkey.