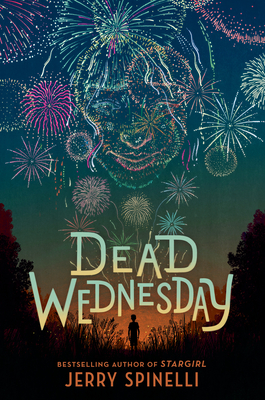 Can playing dead bring you back to life? Maybe on Dead Wednesday… On this day the worlds of a shy boy and a gone girl collide, and the connection they make will change them both forever. A brilliant new novel from the Newbery Medal winner and author of the New York Times bestseller Stargirl.

"Spinelli makes the relationship between a boy and a ghost heartwarming; the life lessons of a dead girl profound; and social commentary astute but not didactic. Dialogue is snappy, and every scene is tight and memorable." —The Horn Book Magazine

JERRY SPINELLI is the author of many novels for young readers, including Dead Wednesday, The Warden's Daughter; Stargirl; Love, Stargirl; Milkweed; Crash; Wringer; and Maniac Magee, winner of the Newbery Medal; along with Knots in My Yo-Yo String, the autobiography of his childhood. A graduate of Gettysburg College, he lives in Pennsylvania with his wife, poet and author Eileen Spinelli.
Loading...
or support indie stores by buying on