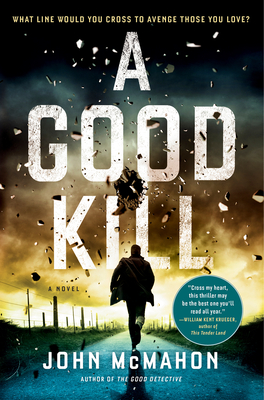 An electrifying mystery featuring a troubled small-town police detective faced with three interwoven crimes that reveal sinister secrets about his community--and the deaths of his family, by the Edgar Award-and Thriller Award- short-listed author whose novels have been described by the New York Times Book Review as "pretty much perfect."

In the years since the mysterious deaths of his wife and child, P.T. Marsh, a police detective in the small Georgia town of Mason Falls, has faced demons--both professional and personal. But when he is called to the scene of a school shooting, the professional and personal become intertwined, and he suspects that whoever is behind the crime may be connected to his own family tragedy.

As Marsh and his partner Remy investigate the shooting, they discover that it is far from straightforward, and their search for answers leads them to a conspiracy at the highest levels of local government--including within the police force. The stakes in the case become increasingly high, culminating in a showdown that has Marsh questioning everything he knows, and wondering if some secrets are better left undiscovered.

“With two fine novels already to his credit, John McMahon solidifies his well-deserved reputation as one of the best new voices in crime fiction. With his third novel, A Good Kill, McMahon has spun a wondrous spiderweb of a plot, marvelously intricate and deadly dark. Cross my heart, this thriller may be the best one you’ll read all year.”--William Kent Krueger, author of This Tender Land

“John McMahon’s third offering in his P.T. Marsh detective series, A Good Kill, is without a doubt his best yet—a complex, richly drawn, and utterly propulsive story in which the stakes couldn’t be higher or the outcome more uncertain. McMahon’s deft plotting, complicated characters, and gorgeous prose are evident on every page. I raced through the story at warp speed. Put yourself in McMahon’s eminently capable hands and enjoy the ride!”--Karen Dionne, internationally bestselling author of The Wicked Sister

“With only three books into the series, John McMahon has gracefully dropped the needle into the groove. A Good Detective set the stage, The Evil Men Do kicked it up a notch, and A Good Kill solidified what we all knew was coming—that hard-ass investigator, P.T. Marsh is here to stay. He is every bit as relevant to a new generation of readers as Sam Spade or Mike Hammer was to the generations before us. McMahon breaths new life into characters that in the hands of a lesser writer would get lost in the glut. But not here. Not even close. This novel has every indicator that the McMahon train isn’t slowing down. A Good Kill isn’t just a good book, but rock-solid proof of the birth of one of the best new crime fiction writers in the business.”--Brian Panowich, author of Bull Mountain and Hard Cash Valley

John McMahon is the author of The Good Detective and The Evil Men Do. In his role as an ad agency creative director, he has won a Gold Clio for his work with Fiat, and he's written a Superbowl spot for Alfa Romeo. He currently lives in Southern California with his family and two rescue animals.
Loading...
or support indie stores by buying on