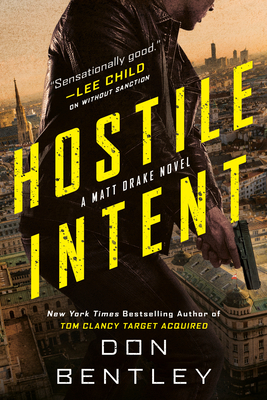 In the espionage community, Vienna is known as the City of Spies, and Matt Drake is about to learn why in the latest electrifying thriller from the New York Times bestselling author of Tom Clancy Target Acquired and The Outside Man.

When a mysterious walk-in to the US embassy in Vienna claims to have critical information about a Russian intelligence operation, he raises eyebrows. But when he asks for Matt Drake by name and calls himself the Irishman, he gets the DIA’s premier case officer on a one-way flight.

Matt arrives to find Austria’s charming capital lousy with intelligence officers, all swirling around Nolan Burke—a onetime member of the real IRA. But before Matt can debrief Nolan, the Irishman is kidnapped by a Russian direct action team. Now, Matt must find a way to repay the debt of honor he owes Nolan while stopping World War III in the process.