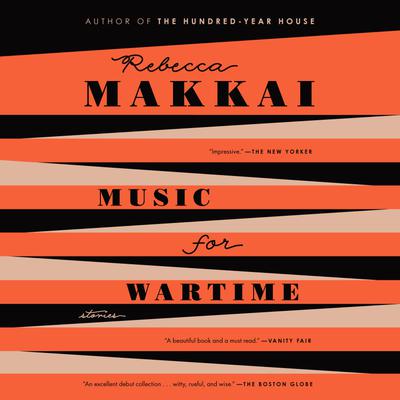 Rebecca Makkai's The Great Believers will be available in summer 2018.

Rebecca Makkai’s first two novels, The Borrower and The Hundred-Year House, have established her as one of the freshest and most imaginative voices in fiction. Now, the award-winning writer, whose stories have appeared in four consecutive editions of The Best American Short Stories, returns with a highly anticipated collection bearing her signature mix of intelligence, wit, and heart.

A reality show producer manipulates two contestants into falling in love, even as her own relationship falls apart. Just after the fall of the Berlin Wall, a young boy has a revelation about his father’s past when a renowned Romanian violinist plays a concert in their home. When the prized elephant of a traveling circus keels over dead, the small-town minister tasked with burying its remains comes to question his own faith. In an unnamed country, a composer records the folk songs of two women from a village on the brink of destruction.

These transporting, deeply moving stories—some inspired by her own family history—amply demonstrate Makkai’s extraordinary range as a storyteller, and confirm her as a master of the short story form.