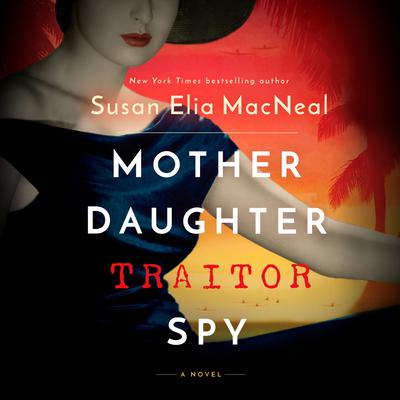 “A stirring standalone thriller . . . Susan Elia MacNeal’s page-turning prose is as entertaining as ever—I was riveted from beginning to end.”—Kate Quinn, author of The Alice Network

June 1940. France has fallen to the Nazis, and Britain may be next—but to many Americans, the war is something happening “over there.” Veronica Grace has just graduated from college; she and her mother, Violet, are looking for a fresh start in sunny Los Angeles. After a blunder cost her a prestigious career opportunity in New York, Veronica is relieved to take a typing job in L.A.—only to realize that she’s working for one of the area’s most vicious propagandists.

Overnight, Veronica is exposed to the dark underbelly of her new home, where German Nazis are recruiting Americans for their devastating campaign. After the FBI dismisses the Graces’ concerns, Veronica and Violet decide to call on an old friend, who introduces them to L.A.’s anti-Nazi spymaster.

At once, the women go undercover to gather enough information about the California Reich to take to the authorities. But as the news of Pearl Harbor ripples through the United States, and President Roosevelt declares war, the Grace women realize that the plots they’re investigating are far more sinister than they feared—and even a single misstep could cost them everything.

Inspired by the real mother-daughter spy duo who foiled Nazi plots in Los Angeles during WWII, Mother Daughter Traitor Spy is a powerful portrait of family, duty, and deception that raises timeless questions about America—and what it means to have courage in the face of terror.
Loading...