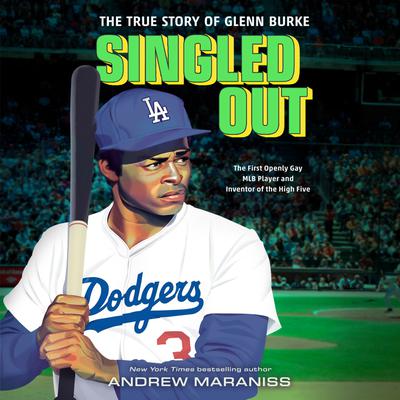 Thoroughly researched and packed with never-before-seen details about Glenn's life, Singled Out is the fascinating story of a trailblazer in sports--and the history and culture that shaped the world around him.

New York Times bestselling author Andrew Maraniss writes sports-and history-related nonfiction, telling stories
with a larger social message. His first book, Strong Inside, received the Lillian Smith Book Award for civil rights and
the RFK Book Awards' Special Recognition Prize for social justice, becoming the first sports-related book ever
to win either award. His young readers adaptation of Strong Inside was named one of the Top Biographies for Youth by the American Library Association and was named a Notable Social Studies Book by the Children's Book Council. His acclaimed second book for kids Games of Deception was a Sydney Taylor Book Award Middle Grade Honor Recipient, a Junior Library Guild selection, and was praised by authors Steve Sheinkin and Susan Campbell Bartoletti. Andrew is a contributor to ESPN's sports and race website, TheUndefeated.com, and is a visiting author at the Vanderbilt University Athletic Department.