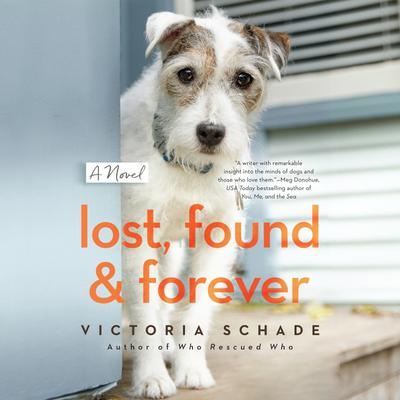 What do you do when you discover your four-legged best friend might belong to someone else? From the acclaimed author of Who Rescued Who comes the charming story of a custody battle between two pet parents who would do anything for the dog they both adore.

Justine Becker could not be more in love with her rescue dog, Spencer. He's her best friend and "colleague" at her dog supply store, Tricks & Biscuits, in upstate New York. When she discovers a heartbreaking social media post trying to locate a dog that looks suspiciously like Spencer, Justine realizes that her beloved pup might actually belong to someone else.

Her worst fears are realized when she and Spencer meet up with Brooklyn-based Griffin McCabe, and he wants Spencer back. He claims he is the dog's rightful owner, and has the paperwork to prove it. But Justine refuses to roll over and let him take Spencer without a fight.

It’s not easy juggling Spencer's burgeoning new career as a dog actor, along with the demands of her life upstate, all while constantly trying to prove she's a better pet parent than Griffin. Their not-so-friendly competition teeters on the edge of flat-out hate, so when romantic feelings for Griffin catch Justine off guard, she needs to determine if it's all part of his plot to win the pup back, or if the guy who was good enough for Spencer might also be good enough for her.

Victoria Schade is a dog trainer and speaker who serves as a dog resource for the media and has worked both in front of and behind the camera on Animal Planet, as a co-host on the program Faithful Friends, and as a trainer and wrangler on the channel's popular Puppy Bowl specials. She lives in Pennsylvania with her husband, her dogs Millie and Olive, and the occasional foster pup.