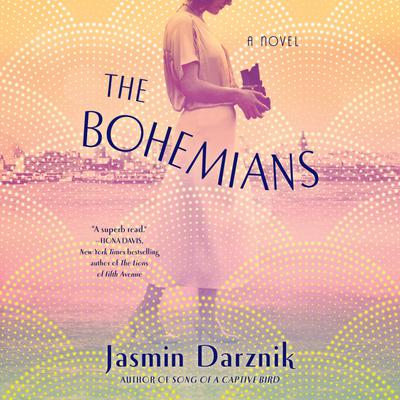 A dazzling novel of one of America’s most celebrated photographers, Dorothea Lange, exploring the wild years in San Francisco that awakened her career-defining grit, compassion, and daring.

“Jasmin Darznik expertly delivers an intriguing glimpse into the woman behind those unforgettable photographs of the Great Depression, and their impact on humanity.”—Susan Meissner, bestselling author of The Nature of Fragile Things

In this novel of the glittering and gritty Jazz Age, a young aspiring photographer named Dorothea Lange arrives in San Francisco in 1918. As a newcomer—and naïve one at that—Dorothea is grateful for the fast friendship of Caroline Lee, a vivacious, straight-talking Chinese American with a complicated past, who introduces Dorothea to Monkey Block, an artists’ colony and the bohemian heart of the city. Dazzled by Caroline and her friends, Dorothea is catapulted into a heady new world of freedom, art, and politics. She also finds herself falling in love with the brilliant but troubled painter Maynard Dixon. As Dorothea sheds her innocence, her purpose is awakened and she grows into the artist whose iconic Depression-era “Migrant Mother” photograph broke the hearts and opened the eyes of a nation.

A vivid and absorbing portrait of the past, The Bohemians captures a cast of unforgettable characters, including Frida Kahlo, Ansel Adams, and D. H. Lawrence. But moreover, it shows how the gift of friendship and the possibility of self-invention persist against the ferocious pull of history.

Jasmin Darznik's debut novel, Song of a Captive Bird, was a New York Times Book Review Editors' Choice, a Los Angeles Times bestseller, longlisted for the Center for Fiction Prize, and awarded the Writers' Center's First Novel Prize. Jasmin is also the author of the New York Times bestseller The Good Daughter: A Memoir of My Mother's Hidden Life. Her books have been published in seventeen countries and her essays have appeared in The New York Times, The Washington Post, Los Angeles Times, and Lenny Letter, among others. She has been featured on NPR and The New York Times, Newsweek, The Atlantic, Los Angeles Review, Shondaland, Ms., and Vogue. Jasmin was born in Tehran, Iran, and came to America when she was five years old. She holds an MFA in fiction from Bennington College and a PhD in English from Princeton University. Now a professor of English and creative writing at California College of the Arts, she lives in the San Francisco Bay Area with her family.