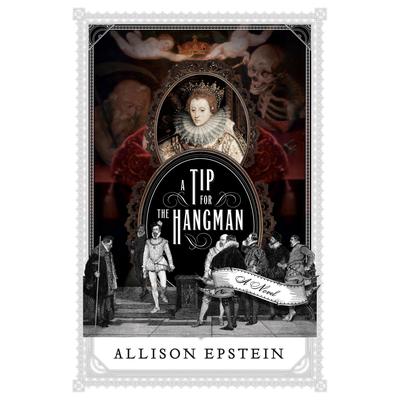 A Tip for the Hangman (Digital Audiobook)

An Elizabethan espionage thriller in which playwright Christopher Marlowe spies on Mary, Queen of Scots while navigating the perils of politics, theater, romance—and murder.

England, 1585. In Kit Marlowe's last year at Cambridge, he is approached by Queen Elizabeth's spymaster offering an unorthodox career opportunity: going undercover to intercept a Catholic plot to put Mary, Queen of Scots on Elizabeth's throne. Spying on Queen Mary turns out to be more than Kit bargained for, but his salary allows him to mount his first play, and over the following years he becomes the toast of London's raucous theater scene. But when Kit finds himself reluctantly drawn back into the world of espionage and treason, he realizes everything he's worked so hard to attain—including the trust of the man he loves—could vanish in an instant.

ALLISON EPSTEIN earned her MFA in fiction from Northwestern University and a BA in creative writing and Renaissance literature from the University of Michigan. A Michigan native, she now lives in Chicago, where she works as a copywriter for clients in higher education and the arts. When not writing, she enjoys good theater, bad puns, and fancy jackets. A Tip for the Hangman is her first novel.