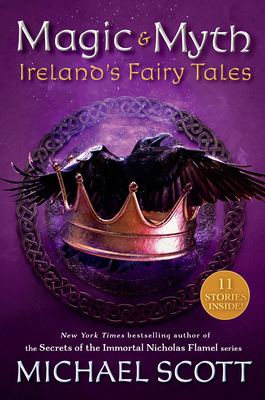 Myths, legends, and magic are woven together in a collection of enthralling Irish fairy tales from the New York Times bestselling author of the Secrets of the Immortal Nicholas Flamel series. A haunting midnight dance that steals children away... An eerie fairy island that appears once every seven years... A magical silver horse that emerges from the depths of a dark lake... Venture into the Otherworld with eleven timeless, enchanting Irish fairy tales that uncover the haunting, hidden world of the Sidhe--the fairy-folk. A master of Irish mythology, bestselling author Michael Scott has crafted stories guaranteed to enthrall young readers who love magic, legends, and lore. And don't miss the companion collection of Irish folktales, Legends & Lore