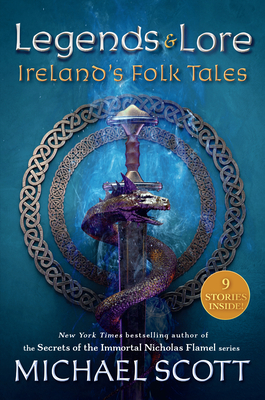 Myths, legends, and magic are woven together in a collection of enthralling Irish folktales from the New York Times bestselling author of the Secrets of the Immortal Nicholas Flamel series. A competition to become King of the Leprechauns... A trick designed to fool the Queen of the Fairies... A terrifying lake monster confronted by the unlikeliest of heroes... Nine Irish legends come to life in these timeless, action-packed folktales about mythological creatures and epic heroes. A master of Irish mythology, bestselling author Michael Scott has crafted stories guaranteed to enthrall young readers who love magic, legends, and lore. And don't miss the companion collection of Irish fairy tales, Magic & Myth