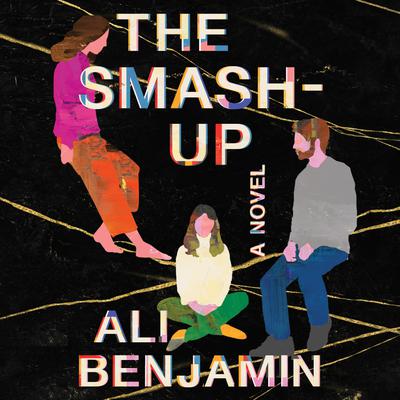 “Ali Benjamin’s debut adult novel is an interesting portrayal of a contemporary marriage and the many pressures it faces. Through the lives of her main characters, Benjamin explores many present-day issues — the #MeToo movement, the place of social protests, the difficulties of childrearing, and the temptation of infidelity. As Zo and Ethan each face a moral dilemma, Benjamin shows us their individual struggles. While there is sadness and conflict in this book, there is also hope.”
— Jane Stiles, Wellesley Books, Wellesley, MA
View the List

“An exhilarating ride . . . hilarious . . . a modern and energetic story about a marriage on the skids.”—The New York Times

Ethan has always been one of the good guys, and for years, nobody has appreciated this fact more than his wife, Zo. Until now. Jolted into activism by the 2016 election, Zo’s transformed their home into the headquarters for the local resistance, turning their comfortable decades-long marriage inside-out.

Unfolding over fivet urbulent days in 2018, The Smash-Up wrestles shrewdly with some of the biggest questions of our time: What, exactly, does it mean to be a good guy? What will it take for men to break the “bro code”? How does the world respond when a woman demands more?  Can we ever understand another's experiences… and what are the consequences of failing to try? Moving, funny, and cathartic, this portrait of a marriage—and a nation—under strain is, ultimately, a magic trick of empathy, one that will make you laugh and squirm until its final, breathless pages.

Ali Benjamin is the author of the young adult novel The Thing About Jellyfish, an international bestseller and a National Book Award finalist. The Next Great Paulie Fink was named a top children's book of the year by Kirkus Reviews, Publishers Weekly, the New York Public Library, and the Los Angeles Public Library. Her work has been published in more than twenty-five languages in more than thirty countries. Originally from the New York City area, she now lives in Massachusetts. This is her first adult novel.