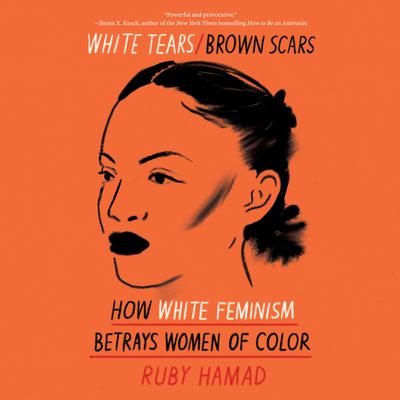 “This book could not have come at a better time as a vital contribution to antiracist and intersectional feminist literature. Hamad is extremely thorough in her examination of white feminism and its long history of weaponization against BIPOC. This work is accessible to newcomers to these topics, and illuminating for those who have some background in these discussions. Hamad shows us how deep the betrayal of white feminism goes, into politics, the media, and our interpersonal relationships, so that we might call it out and stop it in its tracks.”
— Nikki Siclare, Newtonville Books, Newton Centre, MA
View the List

“Ruby Hamad delivers us a meticulously researched, incisive, beautifully written, and much-needed look at how white women historically have used and continue to employ their privileged, patriarchy-rooted racial status as ‘damsel’ paragons to undercut and suppress BIPOC women. I lost count of the number of times I found myself emphatically nodding along while turning the pages. Everyone needs to read this book, which will definitely be a mainstay on Duende’s ‘Decolonize Your Mind’ reading list.”
— Angela Maria Spring, Duende District, Washington, DC
View the List

Called "powerful and provocative" by Dr. Ibram X. Kendi, author of the New York Times bestselling How to be an Antiracist, this explosive book of history and cultural criticism reveals how white feminism has been used as a weapon of white supremacy and patriarchy deployed against Black and Indigenous women, and women of color.

Taking us from the slave era, when white women fought in court to keep "ownership" of their slaves, through the centuries of colonialism, when they offered a soft face for brutal tactics, to the modern workplace, White Tears/Brown Scars tells a charged story of white women's active participation in campaigns of oppression. It offers a long overdue validation of the experiences of women of color.

Discussing subjects as varied as The Hunger Games, Alexandria Ocasio-Cortez, the viral BBQ Becky video, and 19th century lynchings of Mexicans in the American Southwest, Ruby Hamad undertakes a new investigation of gender and race. She shows how the division between innocent white women and racialized, sexualized women of color was created, and why this division is crucial to confront.

Along the way, there are revelatory responses to questions like: Why are white men not troubled by sexual assault on women? (See Christine Blasey Ford.) With rigor and precision, Hamad builds a powerful argument about the legacy of white superiority that we are socialized within, a reality that we must apprehend in order to fight.

RUBY HAMAD is a journalist, author, and academic completing a Ph.D. in media studies at UNSW (Australia). Her Guardian article, 'How White Women Use Strategic Tears to Silence Women of Color,' became a global flashpoint for discussions of white feminism and racism and inspired her debut book, White Tears/Brown Scars, which has received critical acclaim in her home country of Australia. Her writing has also featured in Prospect Magazine, The New Arab, and more. She splits her time between Sydney and New York.