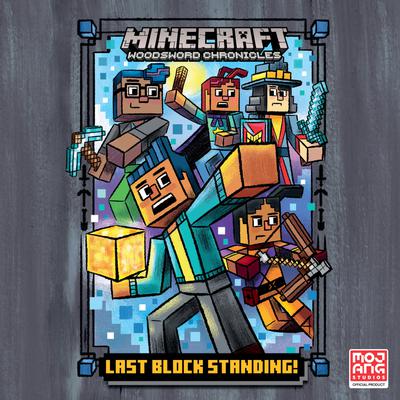 The only official chapter book series based on Minecraft comes to an epic conclusion with Book 6--Last Block Standing!

As the world of Minecraft falls under the Evoker King's control, Morgan, Ash, and their friends get ready for the final showdown. But with their enemy now in possession of the most powerful building block in Minecraft, do they really stand a chance of defeating him? And meanwhile, in the real world, the kids deal with the devastating news that Ash and her family may be moving away! Will both worlds come to an end, or is this just a new beginning? Find out in Last Block Standing! the sixth book in the Woodsword Chronicles!

Nick Eliopulos is the co-author (with Zack Loran Clark) of the middle-grade fantasy novel The Adventurers Guild, which was a Kirkus Best Book of 2017. He's written books for a variety of popular children's series, from Spirit Animals to DC Super Friends, and his comics work has appeared in anthologies Stuck in the Middle and First Kiss (Then Tell). A former children's book editor, Nick now works for Voracious Games as narrative designer on the forthcoming video game Potionomics. He was raised in Florida and lives in Brooklyn.