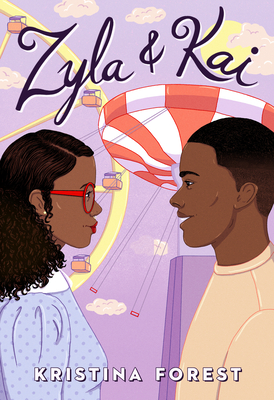 A fresh new YA romance novel by Kristina Forest, Zyla & Kai is an epic star-crossed love story about first love and not just the will they, won't they— but why can't they?


While on a school trip to the Poconos Mountains (in the middle of a storm) high school seniors, Zyla Matthews and Kai Johnson, run away together leaving their friends and family confused. As far as everyone knows, Zyla and Kai have been broken up for months. And honestly? Their break up hadn't surprised anyone. Zyla and Kai met while working together at an amusement park the previous summer, and they couldn't have been more different.

Zyla was a cynic about love. She'd witnessed the dissolution of her parents' marriage early in life, and it left an indelible impression. Her only aim was graduating and going to fashion school abroad. Until she met Kai.

Kai was a serial monogamist and a hopeless romantic. He'd put a temporary pause on his dating life before senior year to focus on school and getting into his dream HBCU. Until he met Zyla.

Alternating between the past and present, we see the love story unfold from Zyla and Kai's perspectives: how they first became the unlikeliest of friends over the summer, how they fell in love during the school year, and why they ultimately broke up... Or did they?

Romantic, heart-stirring and a little mysterious, Zyla & Kai will keep readers guessing until the last chapter.

Kristina Forest is an author of romance books for young adults. Her novels include I Wanna Be Where You Are, Now That I've Found You and Zyla & Kai. She earned her MFA in Creative Writing at The New School, and she can often be found rearranging her bookshelf.