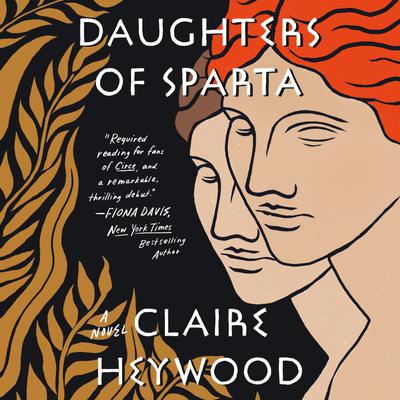 As princesses of Sparta, Helen and Klytemnestra have known nothing but luxury and plenty. With their high birth and unrivaled beauty, they are the envy of all of Greece. But such privilege comes at a cost. While still only girls, the sisters are separated and married to foreign kings of their father's choosing—
Helen remains in Sparta to be betrothed to Menelaos, and Klytemnestra is sent alone to an unfamiliar land to become the wife of the powerful Agamemnon. Yet even as Queens, each is only expected to do two things: birth an heir and embody the meek, demure nature that is expected of women.

Claire Heywood is a scholar of the ancient world, with a bachelor's degree in Classical Civilization and a master's degree in Ancient Visual and Material Culture from the University of Warwick. Daughters of Sparta is her first novel.