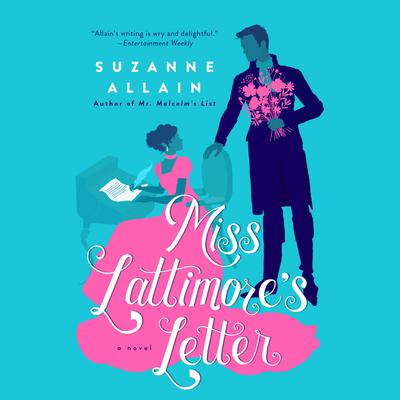 The woman who never made a match of her own is making matches for everyone else in this hilarious Regency era comedy of manners.

Sophronia Lattimore had her romantic dreams destroyed years ago and is resigned to her role as chaperone for her cousin. Still, she cannot sit idly by when she becomes aware that a gentleman is about to propose to the wrong woman. She sends him an anonymous letter that is soon the talk of the town, particularly when her advice proves to be correct. Her identity is discovered and Sophie, formerly a wallflower, becomes sought after for her “expert” matchmaking skills.

One person who seeks her out is the eligible and attractive Sir Edmund Winslow.  As Sophie assists Sir Edmund in his pursuit of a wife, she wishes she could recommend herself as his bride. However, she vows to remain uninvolved while aiding him in his search (especially since the gentleman surely does not return her affections).

But when her long-lost love and Sir Edmund both seem to be interested in courting her, Sophie can’t figure out if she’s headed for another broken heart­­ or for the altar. How can she be expected to help other people sort out their romantic lives when her own is such a disaster?

Suzanne Allain is a screenwriter who lived in New York and Beijing before returning to her hometown of Tallahassee, Florida, where she lives with her husband. She makes frequent visits to Los Angeles for work, but one of her most memorable trips was to London to see her script Mr. Malcolm's List: Overture being filmed.