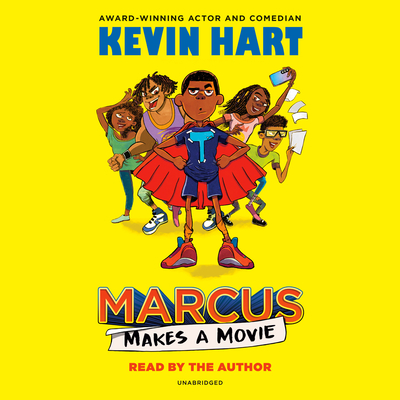 Comedy superstar Kevin Hart teams up with award-winning author Geoff Rodkey and lauded illustrator David Cooper for a hilarious and inspiring story about bringing your creative goals to life and never giving up, even when nothing’s going your way.

"Not only is it jam-packed with Hart’s signature humor, but it touches on important themes familiar to Hart, too: the hustle, never giving up and bringing your creative goals to life." -Variety

David Cooper is a multi-media artist and muralist, born and raised in Brooklyn, New York. His work has appeared on book covers, ad campaigns, and editorial publications, such as The New York Times, Print Magazine, and POZ Magazine. He has painted large-scale murals at Miami Art Basel, Brooklyn, and has been exhibited at The New York Society of Illustrators. Learn more about David's work online at davidcooperart.com.
Loading...
or
Not Currently Available for Direct Purchase