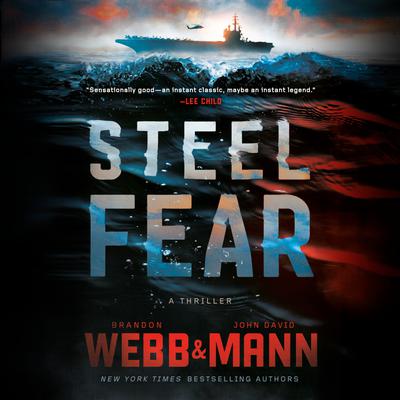 An aircraft carrier adrift with a crew the size of a small town. A killer in their midst. And the disgraced Navy SEAL who must track him down . . . The high-octane debut thriller from New York Times bestselling writing team Webb & Mann—combat-decorated Navy SEAL Brandon Webb and award-winning author John David Mann.

The moment Navy SEAL sniper Finn sets foot on the USS Abraham Lincolnto hitch a ride home from the Persian Gulf, it’s clear something is deeply wrong. Leadership is weak. Morale is low. And when crew members start disappearing one by one, what at first seems like a random string of suicides soon reveals something far more sinister: There’s a serial killer on board. Suspicion falls on Finn, the newcomer to the ship. After all, he’s being sent home in disgrace, recalled from the field under the dark cloud of a mission gone horribly wrong. He’s also a lone wolf, haunted by gaps in his memory and the elusive sense that something he missed may have contributed to civilian deaths on his last assignment. Finding the killer offers a chance at redemption . . . if he can stay alive long enough to prove it isn’t him.

Brandon Webb is a combat-decorated Navy SEAL sniper turned entrepreneur who has built two brands into an eight-figure business. As a U.S. Navy chief he was head instructor at the Navy SEAL sniper school, which produced some of America's most legendary snipers.

Webb and Mann have been writing together for over a decade, starting with their New York Times bestselling memoir The Red Circle. Steel Fear is their first novel.