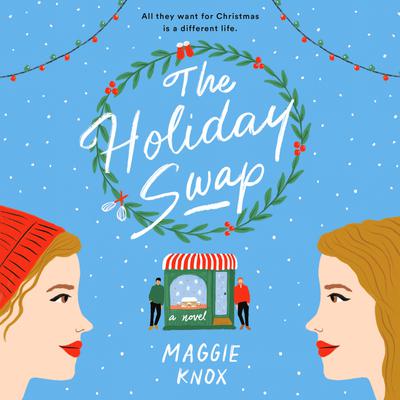 The International Bestseller—A feel-good, holiday rom com about identical twins who swap lives twelve days before Christmas—perfect for fans of Christina Lauren’s In a Holidaze and Josie Silver’s One Day in December

All they want for Christmas is a different life.

When chef Charlie Goodwin gets hit on the head on the L.A. set of her reality baking show, she loses a lot more than consciousness; she also loses her ability to taste and smell—both critical to her success as show judge. Meanwhile, Charlie's identical twin, Cass, is frantically trying to hold her own life together back in their quaint mountain hometown while running the family's bustling bakery and dealing with her ex, who won't get the memo that they're over.

With only days until Christmas, a desperate Charlie asks Cass to do something they haven't done since they were kids: switch places. Looking for her own escape from reality, Cass agrees. But temporarily trading lives proves more complicated than they imagined, especially when rugged firefighter Jake Greenman and gorgeous physician assistant Miguel Rodriguez are thrown into the mix. Will the twins' identity swap be a recipe for disaster, or does it have all the right ingredients for getting their lives back on track?

Karma Brown is an award-winning journalist and the bestselling author of five novels: Recipe for a Perfect Wife, and the international bestsellers Come Away With Me, The Choices We Make, In This Moment, and The Life Lucy Knew. In addition to her novels, Brown's writing has appeared in publications such as Self, Redbook, Canadian Living, Today's Parent, and Chatelaine. Karma lives just outside Toronto with her husband, daughter, and a labradoodle named Fred.

Marissa Stapley is the internationally bestselling author of three commercial women's fiction novels, including Mating for Life, Things to Do When It's Raining, and The Last Resort, as well as the upcoming suspense novel Lucky. Marissa's journalism has appeared in magazines and newspapers across North America, including Elle, Today's Parent, and Reader's Digest. She lives in Toronto with her family and a precocious black cat named Oscar.