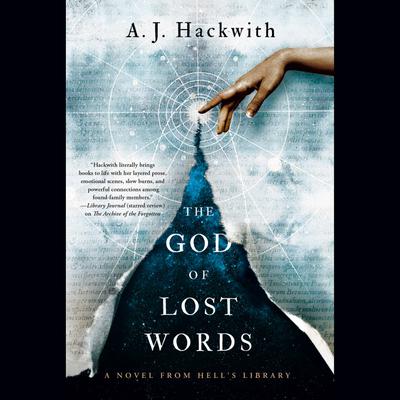 "Hackwith's poignant, imaginative series sends readers on an amazing journey, with profound prose that will capture hearts and minds."*

To save the Library of the Unwritten in Hell, former librarian Claire and her allies may have to destroy it first.

Claire, rakish Hero, angel Rami, and muse-turned-librarian Brevity have accomplished the impossible by discovering the true nature of unwritten books. But now that the secret is out, in its quest for power Hell will be coming for every wing of the Library.

To protect the Unwritten Wing and stave off the insidious reach of Malphas, one of Hell’s most bloodthirsty generals, Claire and her friends will have to decide how much they’re willing to sacrifice to keep their vulnerable corner of the afterlife. Succeeding would mean rewriting the nature of the Library, but losing would mean obliteration. Their only chance at survival lies in outwitting Hell and writing a new chapter for the Library. Luckily, Claire and her friends know how the right story, told well, can start a revolution.

A. J. Hackwith is (almost) certainly not an ink witch in a hoodie. She's a queer writer of fantasy and science fiction living in Seattle, and writes sci-fi romance as Ada Harper. She is a graduate of the Viable Paradise writer's workshop and her work appears in Uncanny magazine and assorted anthologies. Summon A.J. at your own peril with an arcane circle of fountain pens and classic RPGs, or you can find her on Twitter and other dark corners of the Internet.